Welcome to Evolution and Diversity of Slipper Snails

Calyptraeid gastropods are rapidly becoming model systems in developmental biology and larval ecology.  They are important economically as invasive species and occasionally as pests in aquaculture. But they are also the basis of some fisheries.  Yet the biology and taxonomy of many species are poorly known.

We hope for this to become a central resource for calyptraeid research, where participants can maintain, edit and retrieve specimen-level data, taxonomic, phylogenetic, and biogeographical data, images and videos, bibliographic and other resources. Data are used where and when appropriate to populate species pages of the Encyclopedia of Life.

The family Calpytraeidae is made up of three main genera: Crepidula (slipper snails), Crucibulum (cup and saucer snails), Calyptraea (hat snails) and several smaller, less common genera. All of the species have limpet-shaped shells with an internal shelly septum. The genera are distinguished by shell morphology. In Crepidula the shell apex is directed posteriorly and the internal septum is a flat shelf that attaches along both sides of the shell. In Crucibulum the shell is conical with a central apex and a cup-shaped internal septum. In Calyptraea the shell is conical with a central apex but the internal shelly septum is a coiled ramp. Shells are often not diagnostic on the species level. Cryptic species often co-occur but they can usually be distinguished on the basis of developmental characters and body pigmentation.

Species in all three genera are suspension-feeders and are therefore most abundant in areas of high productivity. They collect phytoplankton on mucus covering the gill which is then transported to the mouth in a mucus string along the dorsal right side of the neck. The string is drawn into the mouth by the radula.

All calyptraeids are protandrous hermaphrodites: small young animals are males and they change to females as they grow. All species copulate and the females can store sperm for several months. The females deposit eggs into transparent capsules that they brood between the neck and the propodium. In some species planktonic swimming larvae hatch from the capsules, while in others benthic juveniles crawl away from the capsules. 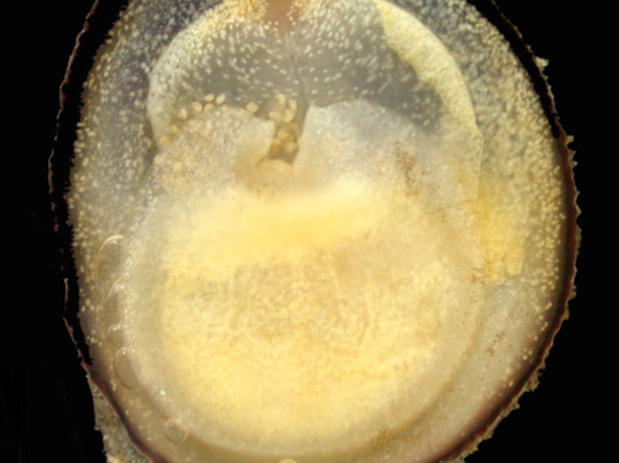 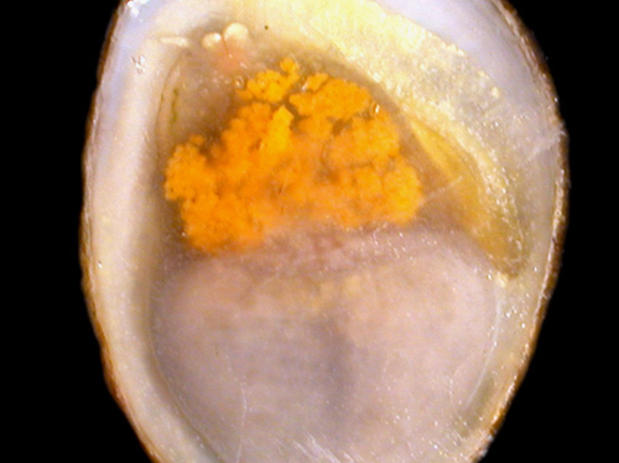 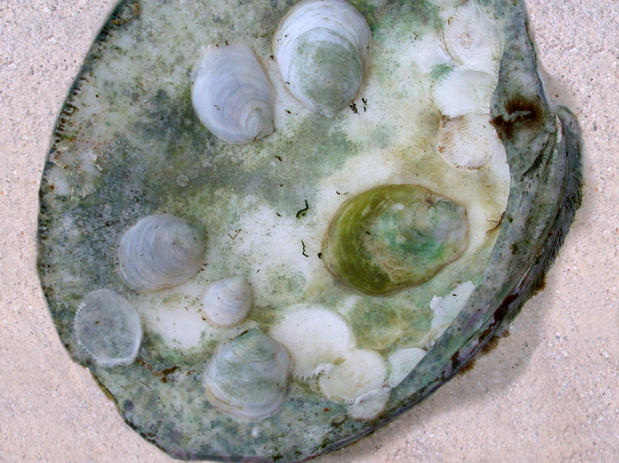